Hey New Mom, You’re Doing a Great Job! I don’t know if anyone has told you so, but you are awesome!

Being a new mommy is a lot of work. You read, research and read some more to prepare for your new little bundle of joy. But then reality sets in. All that hard work you put into your prep work is gone.

I know, I’ve been there. I had my son at 23-years-old. I prepared with every book I could find. I read everything from First-Time Mom to The Womanly Art of Breastfeeding. I went to prenatal classes and was determined I was going to have an all natural birth. I am woman, hear me roar!

But nature had different plans for me. I began to leak fluid at the end of my pregnancy. I was put on bed rest and when my fluid dipped below safe levels for my son, I was induced. Not one single book told me about the hellish pains I would feel from my induction. My contractions were pure torture. I was screaming and crying in pain – screaming words I never thought would leave my mouth. I went from the girl declaring she would never need an epidural, to the one biting my husband’s hands off in pain. I was begging for mercy. I’ll never forget when the anesthesiologist came in and ended my misery. I told him I loved him and would never love another man more than I loved him.

45-minutes later, my beautiful bundle of joy entered the world. That was the most magical, wonderful moment of my life! They put him on my breast for him to nurse and my next failure reared its ugly head. I have issues and the poor little guy couldn’t latch. What? You mean I have a physical ailment that may make it difficult for me to breastfeed my baby. No, no! I was told every woman can breastfeed and if you don’t you’re a lazy mom who is giving her child poison by feeding him formula 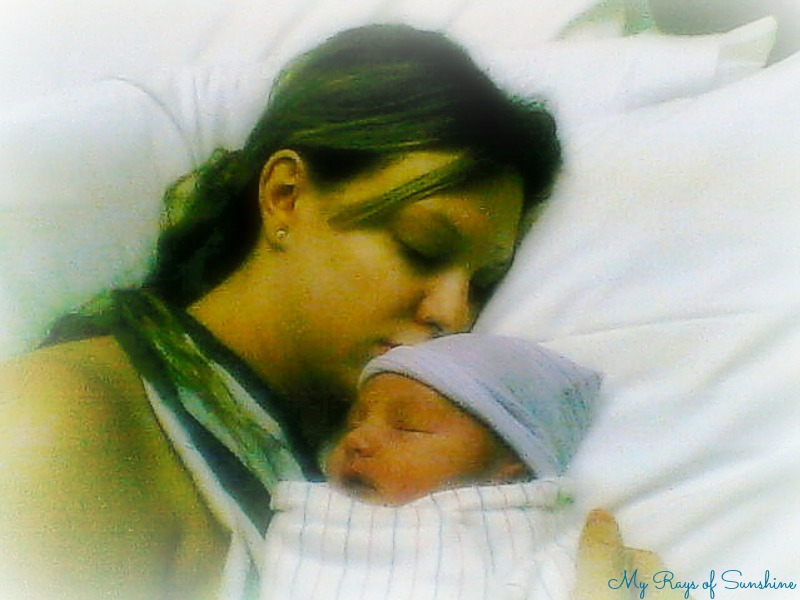 I tried everything in the hospital to get my son to latch. La Leche came and told me, “sorry, you’re not going to be able to nurse.” But I kept trying. I had the hospital grade breast pump hooked up to me for most of the day trying to get something anything out, but it didn’t work. I went home with my new little family still determined to nurse. I pumped away on my breast pump and tried nipple shields to help the little guy out.

My son went to his first check-up and lost weight from his birth weight. No big deal, most babies do. He developed a minor case of jaundice, so I was told to put him in the sunlight to help him out. At his follow-up appointment, he was down two pounds and his jaundice was worse. I told the doctor I had been strictly trying to nurse and pump for him. The doctor told me I needed to give him formula for him to survive. Great, I was a failure breastfeeding!

The doctor told me I was a great mom! She told me that giving my son formula was not poison, it was nutrition his tiny body needed to grow and develop. I was doing what was best for him. I needed to hear that I was a good mom. I felt like I was failing my son because I wasn’t successful as an all natural mom.

I had my third baby in February 2013 and I felt that the pressure was even greater for new moms to nurse, have a natural childbirth and to be a super woman who wears skinny jeans the next day after giving birth. My hurdle to overcome this time; my daughter was breech. After two successful vaginal deliveries, I was now facing a dreaded c-section.

On my mom’s board for the What to Expect app, first time, soon-to-be moms were telling other moms who were having c-sections that their doctors didn’t care about them or their baby. The “greedy” doctors were only interested in making more money! After all, it’s what they were heard and believed. I was angry! How dare any woman tell another soon-to-be mother that her doctor didn’t have her best interest at heart!

My doctor was wonderful! She tried everything to get my baby to flip so I could avoid surgery. Even when I was on the operating table, my fabulous doctor waited to see if she would flip after I had my spinal. She didn’t flip, so the c-section went on as planned. In post-op, my doctor apologized for having to do a c-section. She wanted to avoid it as much as I did. Too bad for the greedy doctor theory.

Let’s stop with the mommy wars and encourage one another. Life is hard and every now and then we just need to hear that we are doing a good job, especially when we feel like we are failing.

When your baby is in Kindergarten, he won’t be known as the kid whose mother didn’t breastfeed him.

So as a three-time, been there, done that mom, I want to tell all new moms you rock! You’re excelling at a thankless job, all while being criticized every step of the way.

To the mommy who breastfeeds, formula feeds, co-sleeps, put the baby in the crib right away, baby wears, puts a baby in the stroller, but most importantly loves her baby . . . you rock!

And to the mothers of special need babies, you are a true inspiration. Thank you!